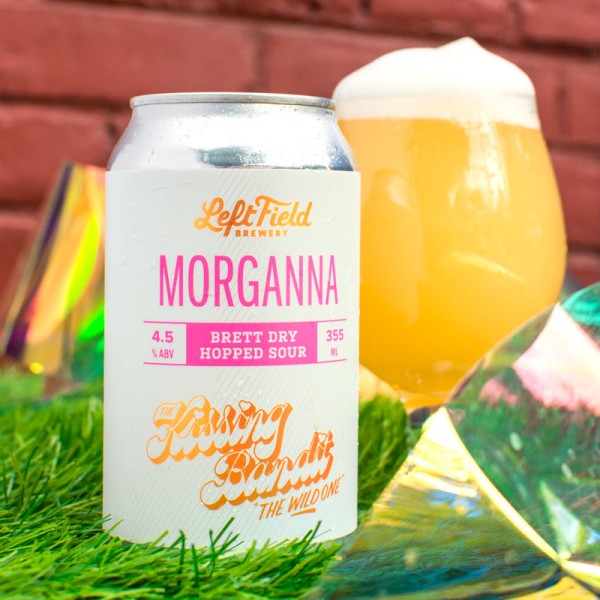 TORONTO, ON – Left Field Brewery has announced the return of a past limited edition release in a new package.

Known throughout baseball as the ’Kissing Bandit’ during the 70s & 80s, ‘Morganna the Wild One’ serves as the inspiration for this funky dry hopped sour that was fermented and aged in our oak Foeders. Pale gold in colour and boasting a big haze, this zippy brew was fermented with our house ale yeast, lactobacillus and brettanomyces and dry hopped with Citra and Nelson Sauvin. Morganna explodes with notes of puckering lemon zest, sweet guava, sour gooseberry and funky barnyard.

Morganna is available now at the Left Field retail store and online shop.