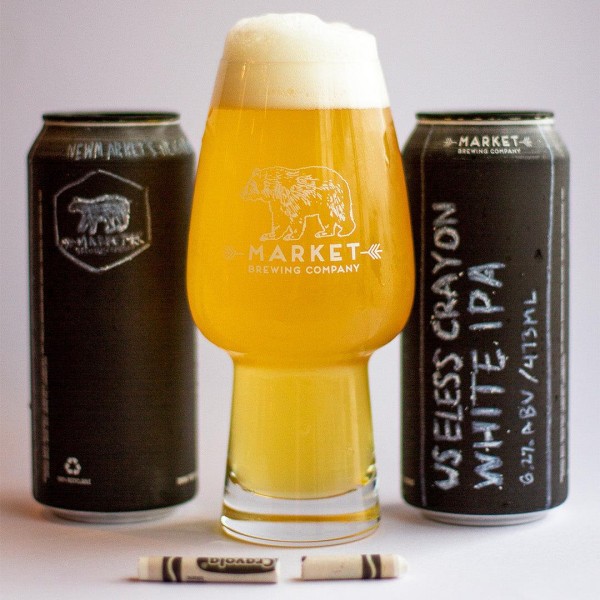 NEWMARKET, ON – Market Brewing has announced the return of limited edition beer as part of the brewery’s 5th anniversary celebrations.

We do know that white crayons aren’t actually useless, but on white paper, it sure seems like it. But what’s a white IPA? It’s like a mashup of a Belgian Wit and an American IPA. The malt bill has loads of Flaked Wheat and Oats to make it soft and cloudy. Dry hopped with Amarillo and Mandarina Bavaria, citrus notes abound, aided by additions of Indian Coriander Seeds and Dried Orange Peel.

Useless Crayon will be officially launched tomorrow (Saturday June 11th) during a birthday party at the brewery. Running from 11:00 AM to 5:00 PM, the free event will feature three exclusive beers on cask, food from Eatzza My Pizza and New City Donuts, live music by Glenn Marais & the Mojo Train, and more.