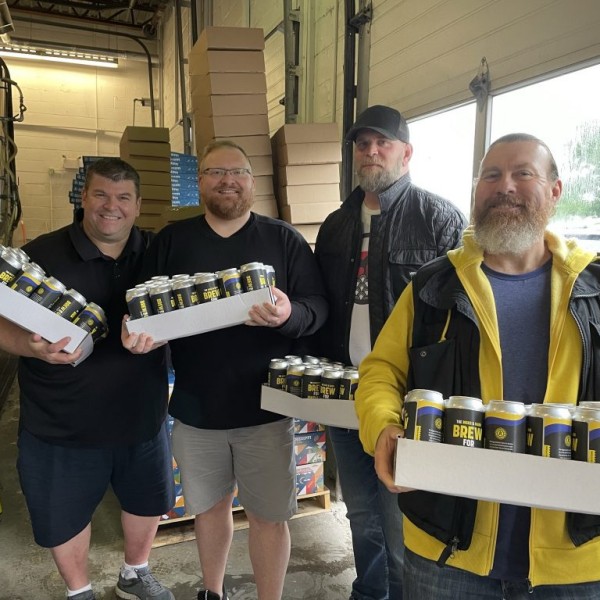 OTTAWA, ON – Kichesippi Beer Co. has announced the release of a new charity beer in partnership with The Biggs & Barr Show on CHEZ 106.

The Biggs & Barr Brew For Ukraine is simply described as “a delicious Euro Lager”, and will raise funds to help displaced Ukrainians settle in Ottawa.

The beer will go on sale tomorrow (Friday June 17th) at 6:00 AM via the Kichesippi online shop, with in-person sales starting at the brewery at 8:00 AM.

CHEZ 106 will be broadcasting live from the brewery from opening until 6:00 PM, and Kichesippi hopes to sell all 12,000 cans in a single day, raising $12,000 for the Ukrainian Canadian Congress Ottawa Chapter.