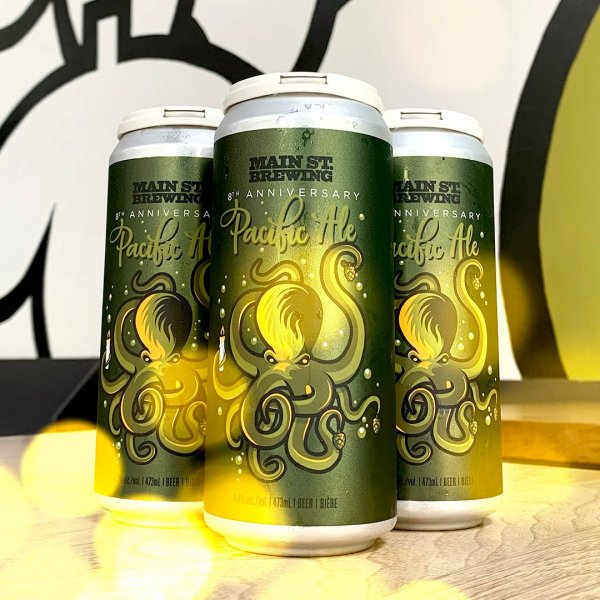 VANCOUVER, BC – Main Street Brewing has announced the release of a new beer in partnership with Charles Faram Canada to celebrate the 8th anniversary of the brewery’s opening.

This Pacific Ale is an Australian Sparkling Ale that showcases a new hop varietal with the rolls-off-the-tongue handle of NZH-101 from NZ Hops Ltd., Chico Ale yeast and a perfectly balanced malt bill. The result is a juicy, refreshing and crushable ale that’s perfect for patios, parks, backyards and beaches and underscores what’s been our motto and mission from day one: The Main Thing is the Beer.

The anniversary will be officially celebrated at the brewery on Sunday June 19th from 12:00 noon to 11:00 PM with all-day Happy Hour specials, the tapping of several special beers from the limited edition Garage Series, and more.