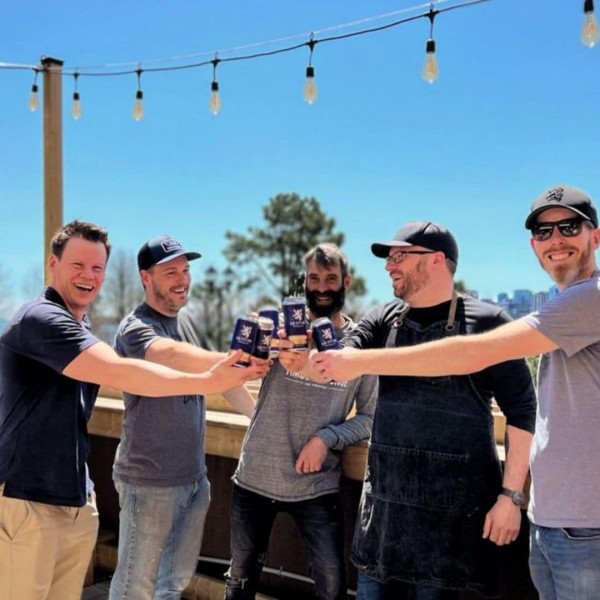 DARTMOUTH, NS – Four years after the launch of its original location in downtown Dartmouth, New Scotland Brewing Co. has announced the opening of an expansion that brings together several compatible businesses under one roof.

In addition to featuring a larger taproom, live music venue, and rooftop patio, the space is also the new home of the brewery’s sibling New Scotland Clothing Co., plus restaurant Root Down Scullery from chefs Lawrence Deneau and Ryan Wolfe, and a new location for Timber Lounge Axe Throwing.

In a recent interview with Huddle Today, New Scotland co-owner describes the combination of businesses as “a little adult playland.” He also thanks Stone Pizza for providing food for the original brewery taproom over the past few years, and notes that they have now entered a similar arrangement with nearby Brightwood Brewery.

New Scotland Brewing Co. and its partner businesses can be found at 16 Portland Street in Dartmouth. For more information including business hours, see the links above.