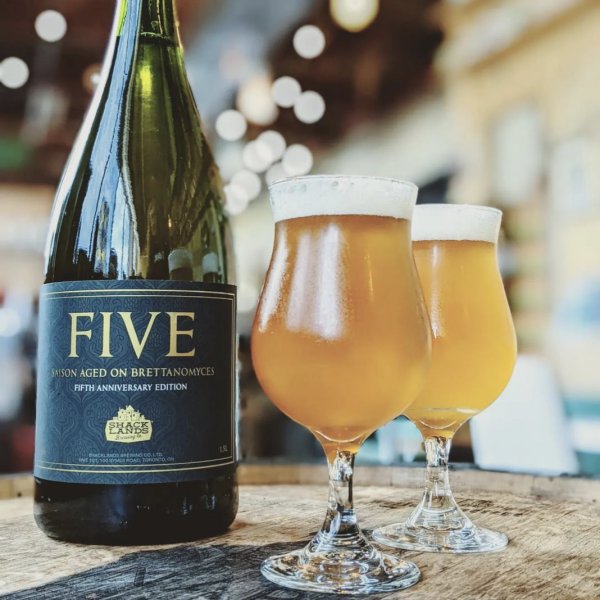 TORONTO, ON – While its 5th anniversary was officially back in January, Shacklands Brewing has announced the somewhat delayed release of a special beer to mark the occasion.

This batch of Saison Davenport went through a secondary ageing on Brettanomyces Bruxellensis (a lovely wild yeast) for 3 months followed by another 6 in these magnificent magnum bottles. The result of this patient process is a deep, full, and endlessly complex nectar with a mild and pleasing funk. Notes of ripe peach, spring flowers, and melon with subtle herb and spice. Fairly dry with a lively effervescence, this beer is pretty close to perfect in our books.

Five is being released in an extremely limited run of 1.5L magnum bottles that can be pre-ordered now for pick-up during the Shacklands 5.5 Anniversary Party taking place at the brewery tomorrow (Saturday June 24th) from 1:00 to 9:00 PM. In addition to the launch of Five, the event will feature other vintage/cellar beers, and food by Fuoco Mio.