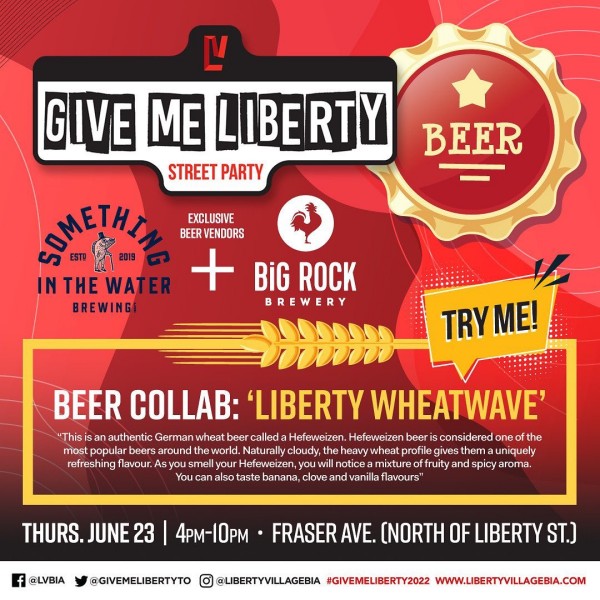 TORONTO, ON –  Something In The Water Brewing and Big Rock Brewery have announced the release of a new collaboration for a street party happening in the Toronto neighbourhood that they both call home.

Liberty Wheatwave will be available alongside other SITW and Big Rock beers in the beer garden at the Give Me Liberty Street Party, taking place today (Thursday June 23rd) from 4:00 PM to 10:00 PM on Fraser Avenue in Liberty Village.

Source: Something In The Water Brewing
Photo: Liberty Village BIA