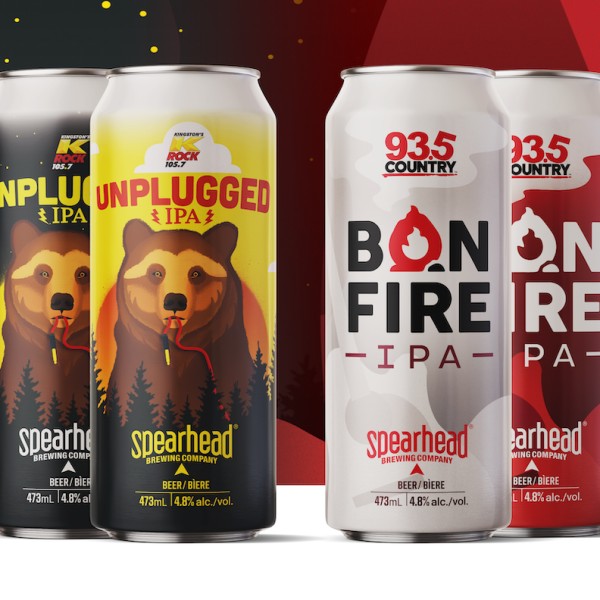 KINGSTON, ON – Spearhead Brewing has announced the release of a beer in collaboration with a pair of local radio stations.

Both editions of the beer can be pre-ordered now via the Spearhead online store, and will be officially launched on two days next week – Unplugged on Wednesday June 29th, Bonfire on Thursday June 30th – with the radio stations each doing a live remote at the brewery from 1:30 to 6:00 PM on their respective release days.