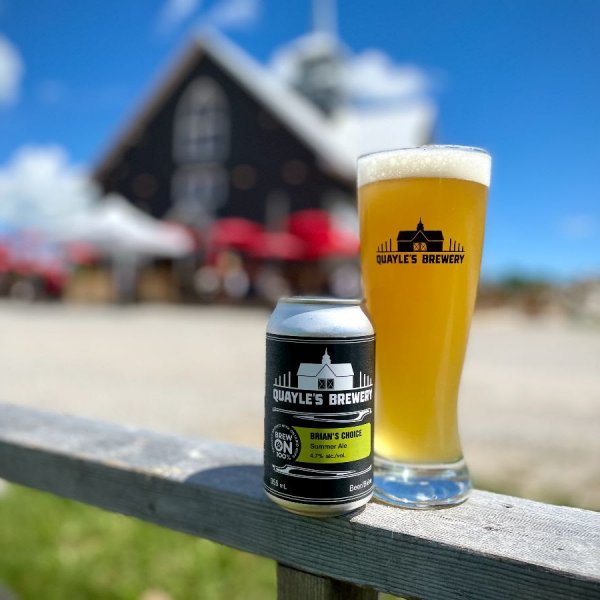 ORO-MEDONTE, ON – Quayle’s Brewery has announced the release of the latest tribute beer to its late founder, and its first ever collaboration with another brewery.

Every year on June 23rd we honour Brian J. Pearson, a great father, friend, and founder of Quayle’s, by releasing a beer named after him. Every year it is a different style, but only one that he would drink. This year’s release of Brian’s Choice is a flavourful English ale with a bright character. Light citrus and herbal flavours from a blend of farm-grown Willamette, Cascade, and Centennial make for a balanced and highly drinkable pint. Brian would be proud to know what great beers we are making with the hops he helped plant back in 2016 and 2017. In fact, he’d probably have a few of these after a hard day’s work on the farm! 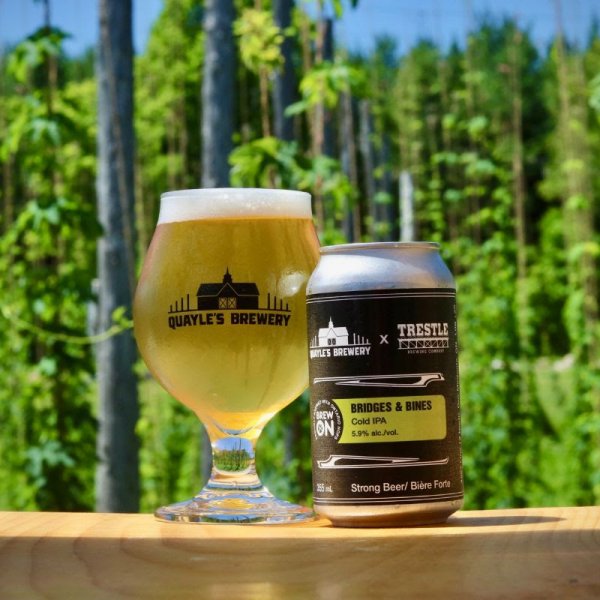 For our first collaboration, we teamed up with Trestle Brewing in Parry Sound (also a great brewery to visit if you’re in the area!) to create this flavourful and highly drinkable IPA for the summer. The 2 brewmasters came up with this idea for this amazing beer – hopped like an IPA with a bold, fruity flavour and fermented with lager yeast for a crisp finish. Quayle’s farm-grown Cascade and Centennial, together with Citra hops, Ireks Pilsner malt, and flaked corn from Brew Culture combine for a crispy and citrusy thirst quencher.

Both beers are available now at the Quayle’s Brewery taproom, retail store and online shop. Bridges & Bines is also on tap at Trestle Brewing while supplies last.