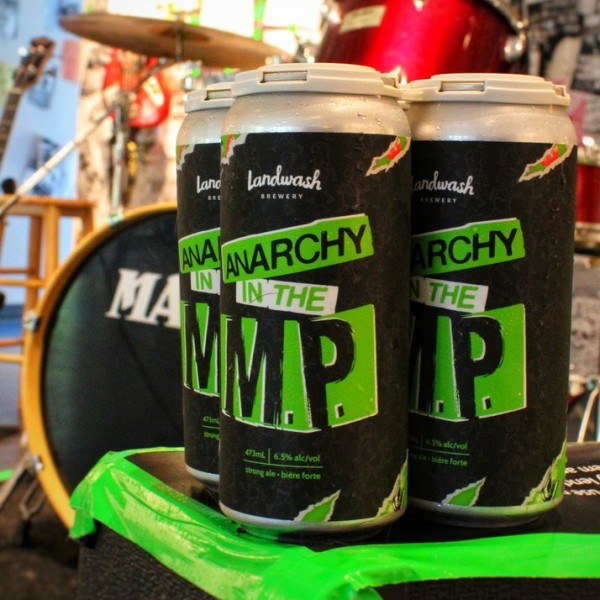 MOUNT PEARL, NL – Landwash Brewery has announced the release of a new beer in conjunction with Punk Rock Pearl, an exhibit at the Admiralty House Communications Museum that is focussed on “Mount Pearl’s punk scene and how it affected local music, community, and culture.”

Anarchy in the M.P. is an English-Style IPA brewed with Simpsons Malt Golden Promise and Caramalt and hopped up with Jester and Harlequin hops, which are two newer English hops from Charles Faram Canada. The results are a balanced malt character with notes of marmalade and grapefruit and a proper bitter finish.

Anarchy in the M.P. is available now at the Landwash taproom and retail store, and soon at select beer retailers in Newfoundland. A launch event for the beer will take place at the Museum on Saturday July 2nd from 7:00 to 9:00 PM.