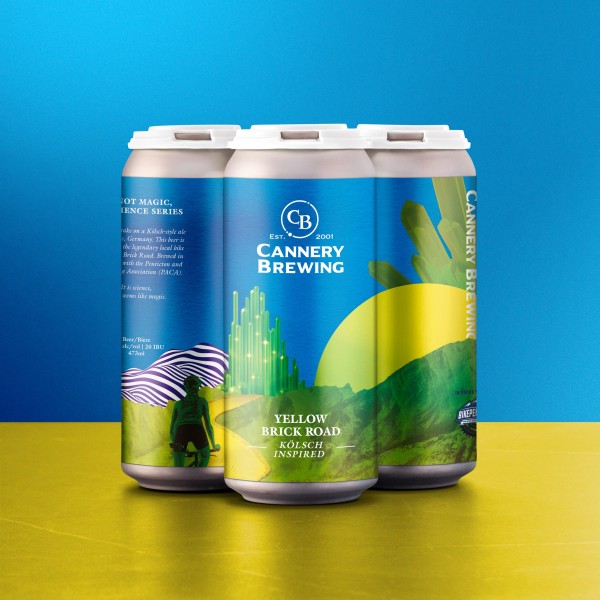 PENTICTON, BC – Cannery Brewing has announced the latest release in the It’s Not Magic, It’s Science series of limited edition beers.

Yellow Brick Road is a refreshing take on a Kölsch-style ale from Cologne, Germany. It was brewed with ultra premium pilsner malt from Weyermann Malting Company (the OGs) in Germany and a blend of traditional and new world hops.

This bright and refreshing beer was brewed in partnership with the Penticton and Area Cycling Association (PACA). Cannery Brewing is proud and honoured to be the official sponsor of legendary local bike trail Yellow Brick Road, so it seemed very fitting to commemorate this sponsorship with the launch of a namesake beer.

Yellow Brick Road will be officially launched tomorrow (Tuesday July 12th) at the Cannery taproom, with $1 from every glass sold on release day donated to PACA.

It will also be available in cans at Cannery and select beer retailers in British Columbia.