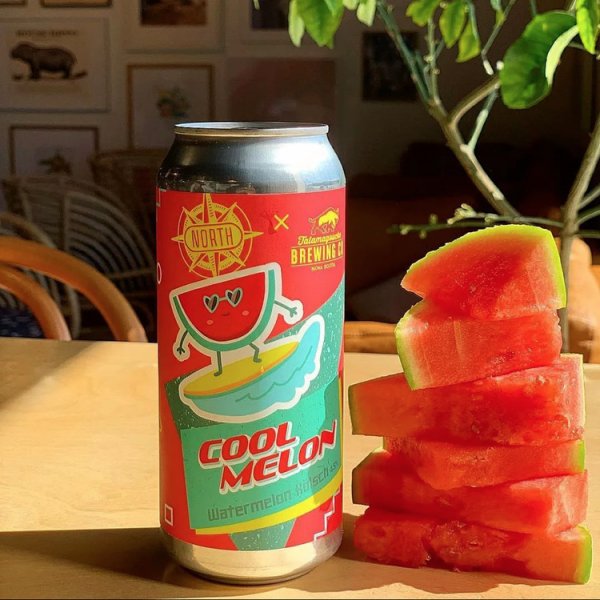 DARTMOUTH, NS – North Brewing has announced the return of a seasonal collaboration with Tatamagouche Brewing.

Back when we first opened the taproom in Cole Harbour before COVID struck we did a super fun collaboration beer with our good friends at Tatamagouche Brewing. Now that restrictions are lifted we did it again! We made Cool Melon with tons of real watermelons that co-fermented with the beer to create a super refreshing and light Kölsch with no flavourings or extracts.

Cool Melon will be available at all three North locations and the brewery’s online shop while supplies last.