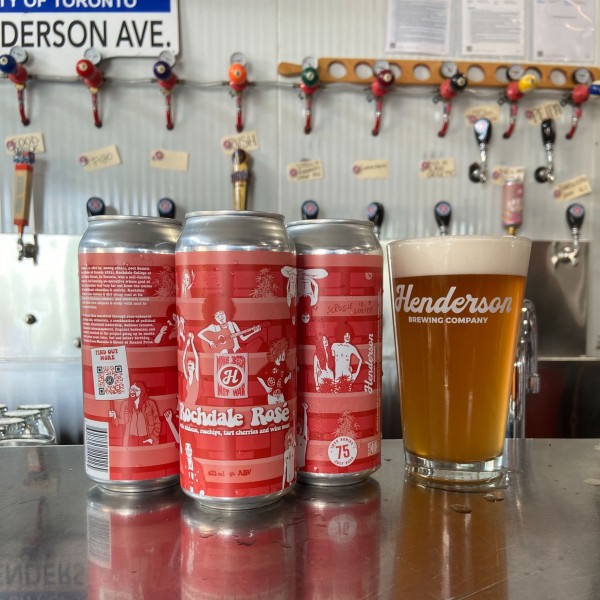 TORONTO, ON – Henderson Brewing has announced the latest release in its monthly Ides Series of small batch beers, with this month’s edition paying tribute to an ill-fated experiment in alternative education.

In 1844 The Rochdale Society of Equitable Pioneers was set up in North-West England and became the worlds first co-operative society.

124 years later a similar experiment in communal living was set up at the corner of Bloor and Huron. Rochdale College was decidedly less successful. Students and teachers lived together with the idea that they could share knowledge in an informal, noncredited free university, there was a pirate radio station called CRUD, and clothing was optional.

Rochdale Rosé is available now at the Henderson retail store and online shop.