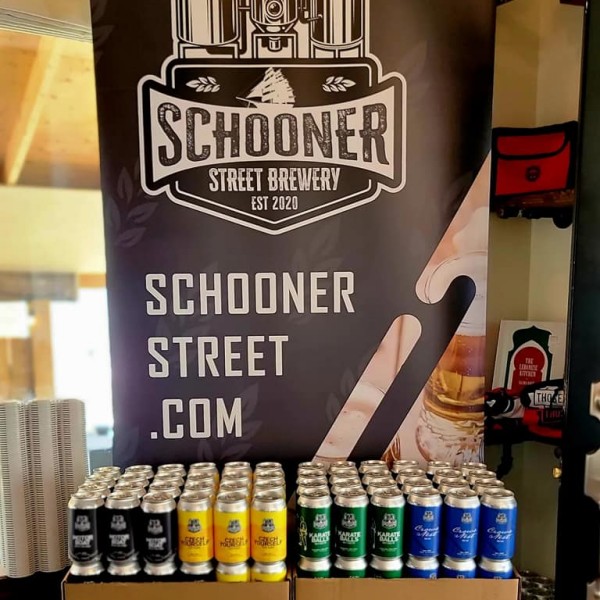 WATERLOO, ON – A new brewery and taproom set to open later this year in Waterloo, Ontario has announced that several of its beers are now available in cans.

Schooner Street Brewery has been founded by “3 brothers and a cousin with a dream to share our delicious, fresh craft beer to friends, family and the world.” A sneak peek of their beer took place in May when a couple of kegs were tapped at the The Village Biergarten in St. Jacob’s, but this release marks the official debut for the brewery.