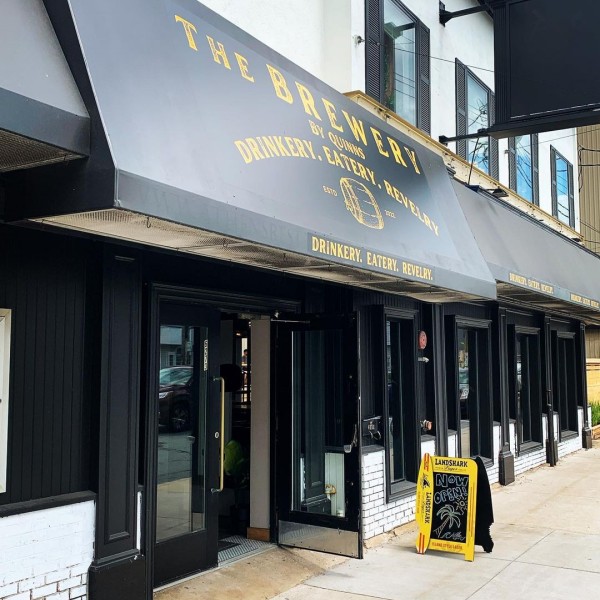 HALIFAX, NS – A British-style gastropub that opened last year in Halifax has announced the opening of an off-shoot location that will soon be pouring its own house brewed beers.

The Brewery By Quinn’s is situated two doors over from Quinn’s Arms in a space that was previously home to Athens Restaurant, which closed last summer after 40 years in business.

While not a lot of details about the new establishment have been widely announced, it opened to the public last Friday July 15th, and is currently pouring guest beers on its 20 taps until the beers brewed on-site are ready to serve. A full food menu is also available, and the restaurant includes a spacious patio where dogs are welcome.

The Brewery By Quinn’s is located at 6273 Quinpool Road, and is currently open Tuesday to Saturday. For more details, see the brewpub’s page on Instagram.