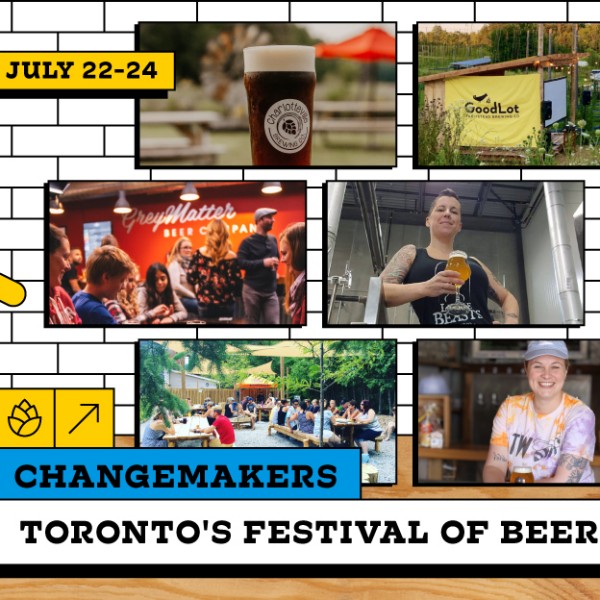 TORONTO, ON – Toronto’s Festival of Beer has announced a collaboration with Ren Navarro of Beer. Diversity. to “amplify the voices of those in the brewing industry creating positive change.”

The Changemakers is a special section of this year’s Festival that will “shine the spotlight on brewers impacting their communities,” with a line-up of breweries curated by Navarro that includes:

For more details on The Changemakers spotlight area and the participating breweries, see the full announcement on the TFOB website.

The 2022 edition of Toronto’s Festival of Beer takes place this weekend (July 22nd to 24th) at Bandshell Park in Exhibition Place, with 50+ breweries pouring more than 400 beers, and mainstage performances by Nas (Friday), Sam Roberts Band and The Strumbellas (Saturday), and The Revivalists and Matt Mays (Sunday). For more information and to purchase tickets, see the TFOB website.