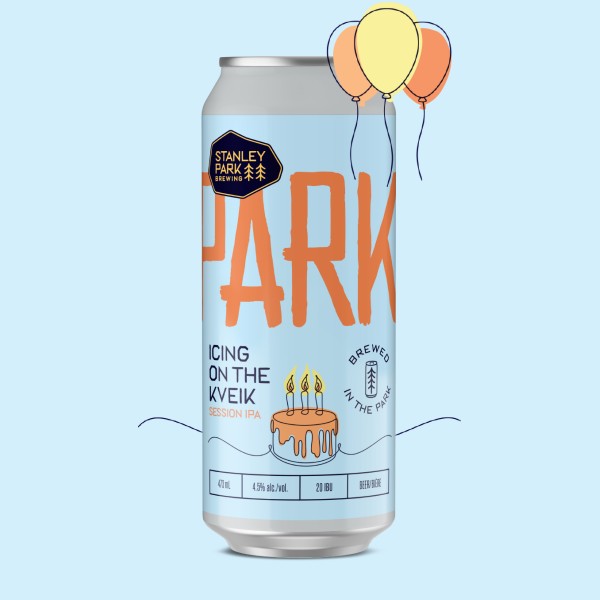 To celebrate our brewpub’s third anniversary, we’ve brewed a Kveik Session IPA, fermented at a higher temperature to express tropical fruity notes as well as stone fruit. A soft mouthfeel and low bitterness rounds out our Birthday Brew!

Icing On The Kveik can be pre-ordered now via the Stanley Park online shop in advance of its official release next week.

The birthday will also be marked with several events next weekend (July 28th-30th) at the brewpub. For more details, see the event listings on the brewery website.