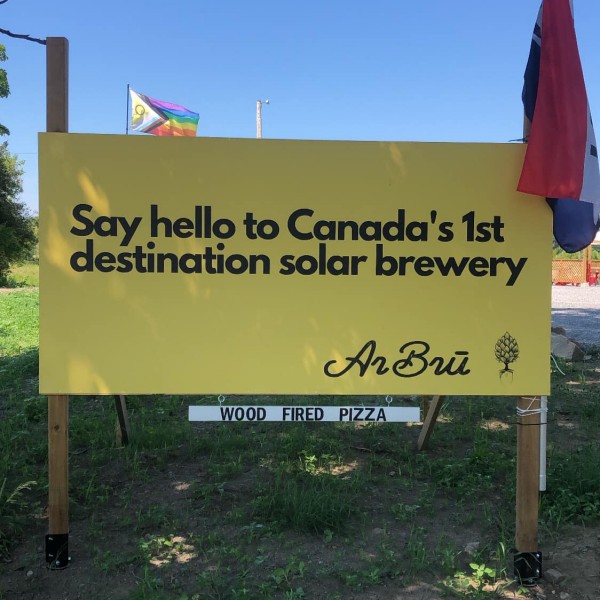 MALLORYTOWN, ON – Canada’s first 100% solar-powered brewery is now open in Front of Escott, a small community located between Kingston and Brockville in Eastern Ontario.

Arbru Solar Brewery has been founded by Phil Audet, who used his past experience as owner of a solar power installation company to set up the 32 solar panels that provide approximately 13,000 watts of electricity to power the facility, with no back-up generator.

Arbru has had beers including Session Lager (4.3% abv), Amber Ale (4.5% abv), and Dazed in a Haze NEIPA (6% abv) available at several locations since early last year, but its taproom, patio, and retail shop were opened to the public earlier this month. 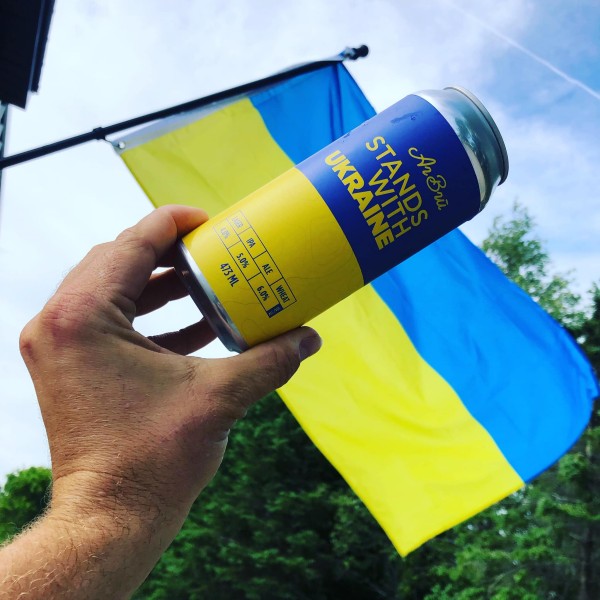 In addition to the beers noted above, several others have been added to line-up including Stands With Ukraine Lager (4% abv), which raises funds for the Gananoque Refugee Settlement Group, and a selection of wood-fired pizzas are also available.

Arbru Solar Brewery is located at 71 Quabbin Road in Mallorytown, and is open Thursday to Sunday from 12:00 noon to 6:00 PM. A grand opening party will be taking place at the brewery on Saturday July 30th, featuring a solar-powered concert by Twin Turbos and The Rifle & The Writer.