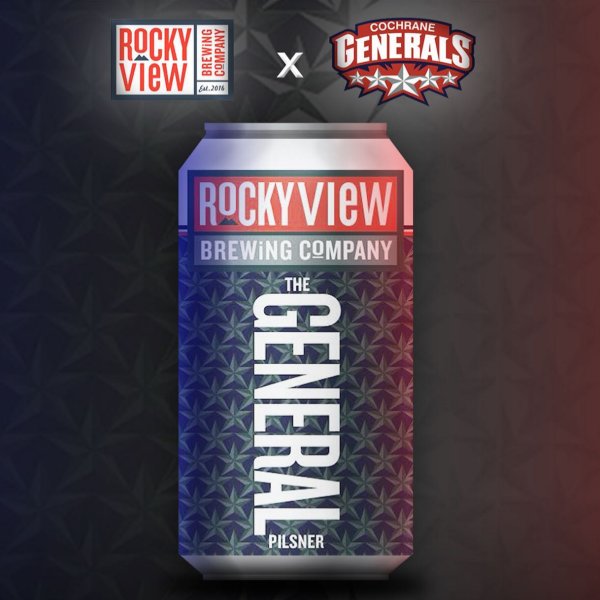 COCHRANE, AB – Rocky View Brewing has announced the release of a new beer in partnership with local Junior B hockey team the Cochrane Generals.

The General Pilsner was first mentioned in an article published by Cochrane Today in April, with Generals president Rick Richards saying that the idea of a Generals-branded beer came up as an idea to raise revenues for the team, and that Rocky View owners Lyle and Denean Thorsen came on board immediately.

Richards also noted that “every month, we’ll highlight three or four players on the back of the can.”

The General Pilsner was officially launched yesterday (July 25th), and will be available at Rocky View Brewing, local beer retailers and licensees, and all Cochrane Generals home games during the 2022-23 season.