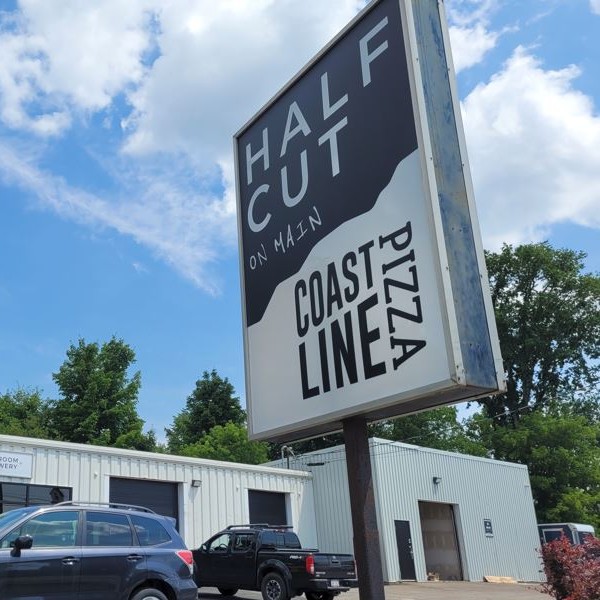 FREDERICTON, NB – Half Cut Brewing has announced that it has partnered with a popular local restaurant to open a taproom on the north side of Fredericton.

For the new taproom, which has been dubbed Half Cut on Main, Half Cut owner Matt Corey has teamed up with Jennie Wilson and Pete Thompkins of downtown restaurant and cocktail bar 11th Mile, who have opened Coast Line Pizza in the shared space.

The bar in the 55-seat taproom features 12 draught lines pouring beer from Half Cut and other local breweries, plus cider and wine, while Coast Line serves up Detroit-style pizza, a square deep-dish variety that is relatively new to the area.

Founded in 2015, Half Cut operates as a contract brewery, with its beer production taking place at Picaroons Brewing where Corey was a long-time employee.

Half Cut on Main/Coast Line Pizza is located at 67 Main Street in Fredericton, and is currently open Monday to Friday from 4:00 PM, and Saturday and Sunday from 12:00 noon. For more details, see the Half Cut and Coast Line pages on Instagram, and the recent profile on Huddle Today.