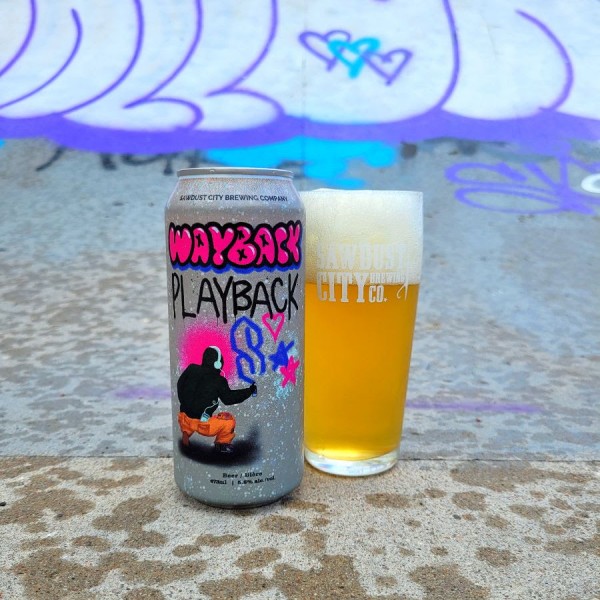 GRAVENHURST, ON – Sawdust City Brewing has announced the release of a beer that was “inspired by our brewer’s memorable introduction to the glorious world of IPAs”.

The first time I tried an IPA I instantly realized that it was nothing like the beer that I’d typically borrow from my dad. It was bitter and finished dry. Citrusy notes of fruit and resinous pine seemed to have lingered for an eternity. It was a wakeup call to my 20-year-old tastebuds and I never looked back… until today. Wayback Playback IPA looks to recreate the style the way I remembered it. Citrusy and floral, this West Coast IPA has a bold hop aroma that packs a bitter punch. It finishes dry and crisp.