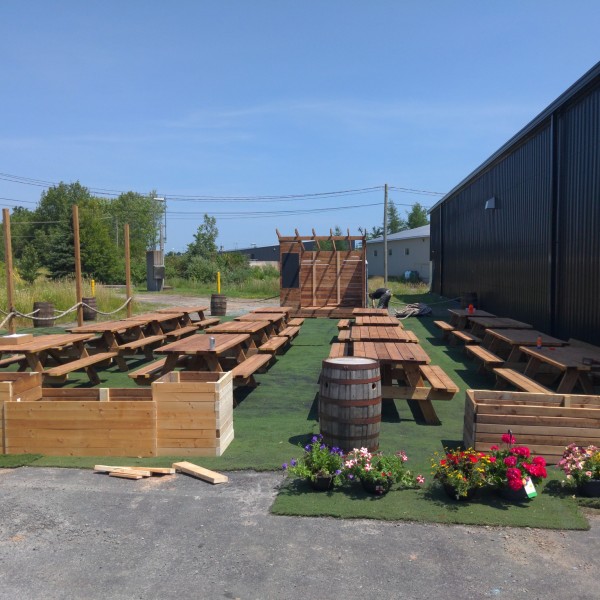 ELMSDALE, NS – Good Robot Brewing has announced that it will be launching the beer garden at its new location in Elmsdale, Nova Scotia this weekend.

Making its public debut tomorrow (July 30th) following a friends and family event today, the outdoor space adjacent to the brewery features picnic tables for seating, and will offer a variety of Good Robot beers on tap, with food from The Beefy Weiner.

“After holding an open house at our new facility last year, it became clear that folks in the area were craving a space to gather with friends and family,” said Acting Director of Hospitality, Dylan LaLande, in a statement. “We hope the beer garden becomes a second home for people in the area and that they find the same type of camaraderie in Elmsdale that they would find in our Taproom in Halifax.”

Good Robot moved beer production from its Halifax location to Elmsdale earlier this year, with the original space remaining open as a taproom and retail store.