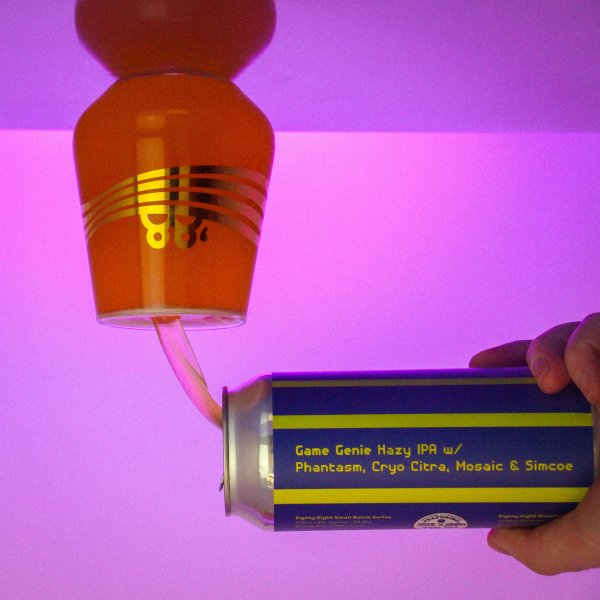 CALGARY, AB – Eighty-Eight Brewing has announced the release of a new collaboration with Phantasm and Yakima Chief Hops.

That’s right, Phantasm is back! They’ve created an experimental hop product that pairs Yakima Chief Hops cryo hops with Phantasm powder. Then they passed on this secret magic to us to make a beer! Like our last couple of experimental beers (Cheat Code and Thunderdome) this is a big beer that is as hazy as it is smooth. The low bitterness, low carbonation, and loads of fresh fruit will have you asking for extra lives so you can keep enjoying GAME GENIE!