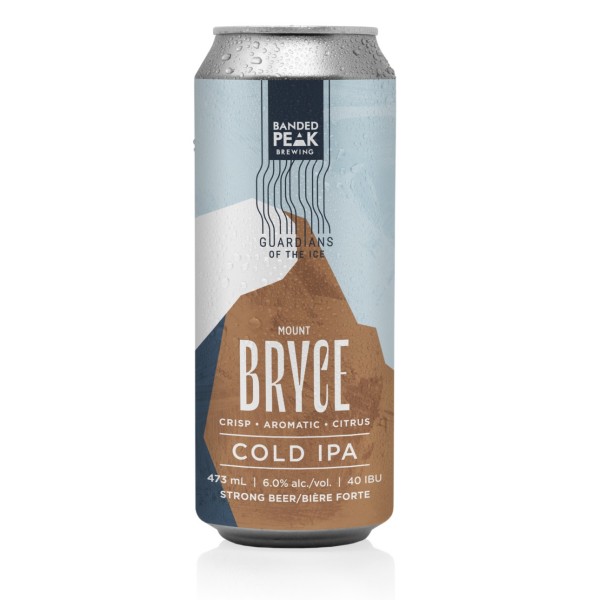 CALGARY, AB – Banded Peak Brewing has announced the latest in its series of beers in support of Guardians of the Ice (GOTI), a non-profit organization with a mission to “inspire dynamic environmental stewardship on behalf of the rapidly retreating Columbia Icefield (Canadian Rockies) and its watersheds, leading to a low-carbon future for the whole planet.”

Mount Bryce Cold IPA (6% abv) is the fourth of twelve beers in the series, each of them named after a different peak in the Icefield. It’s described as follows:

By using ale yeasts we were able to ferment this beer in colder temperatures creating a sessionable hybrid style between a lager and a traditional West Coast IPA, that is sure to satisfy any IPA lover without being too assertive for those exploring new styles. Crafted using prairie-grown origin malts, a mountainous dry hop of Citra produces an aroma of passionfruit, grapefruit, and berries. Cascade hops bring out uncovered fruity, citrus flavours, while the Simcoe hops bring it all together, giving a more complex flavour profile.

Mount Bryce Cold IPA is available now at the Banded Peak retail store and online shop, and select beer retailers in Alberta. $2 from every four-pack sold will be donated to support Guardians of the Ice.