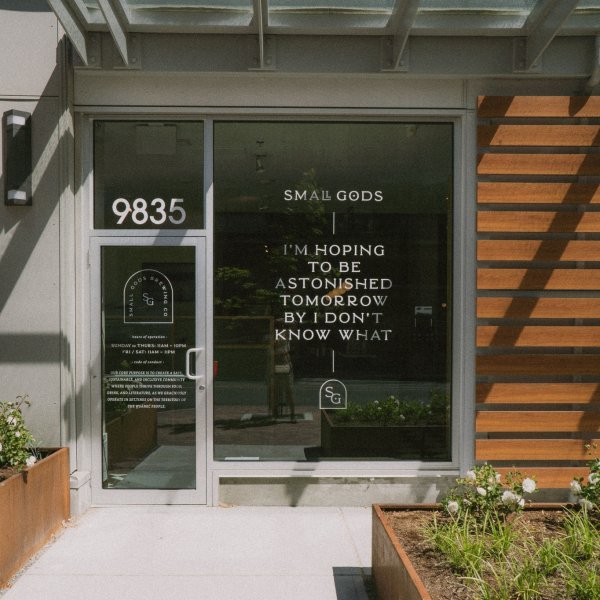 SIDNEY, BC – A new brewery with a literary bent is now open in Sidney, a town on the Saanich Peninsula of Vancouver Island in British Columbia.

Small Gods Brewing has been founded by Chris Bjerrisgaard, a veteran of the province’s craft brewing industry, with his partner Sierra Skye Gemma and head brewer Jonny Kostiuk.

It takes its name from In Search of Small Gods, a book of poetry by Jim Harrison, and is further described as follows:

Sidney is known as Canada’s “Book Town” for having the greatest number of bookstores per capita in the country. We take inspiration from the world of literature and host monthly events, including author readings, literary trivia nights, and a Book Club. Our Taproom has a selection of inclusive books for kids and we strive to provide a family-friendly atmosphere where everyone is welcome to stop by, satiate their hunger with an artisan sandwich, and have a beer with friends, family, or with their favourite book. Our core purpose is to create a safe, sustainable, and inclusive community where people thrive through food, drink, and literature. Our values drive our purpose, provide the foundation of our operations, and inform our code of conduct. 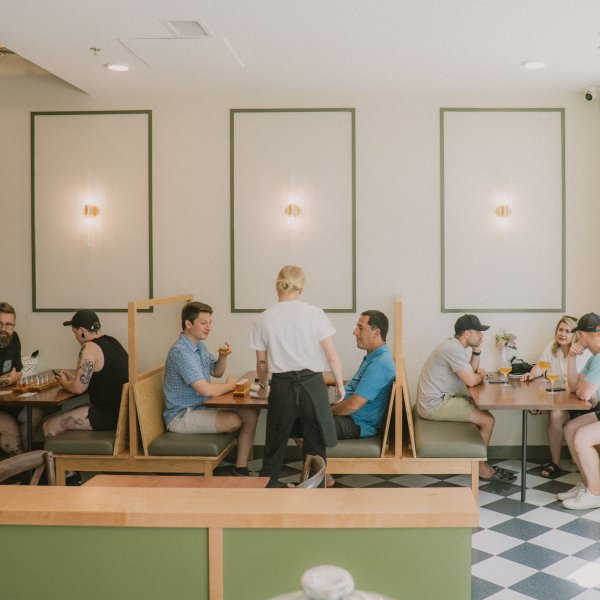 A selection of local wines, cider, and non-alcoholic beverages are also available, and the food menu features charcuterie boards, sandwiches, and snacks – including vegetarian and vegan options – served at a deli-style counter.

Small Gods Brewing is located at 9835 Third St. in Sidney, and is currently open Thursday to Monday, with business hours expanding to seven days a week in September.