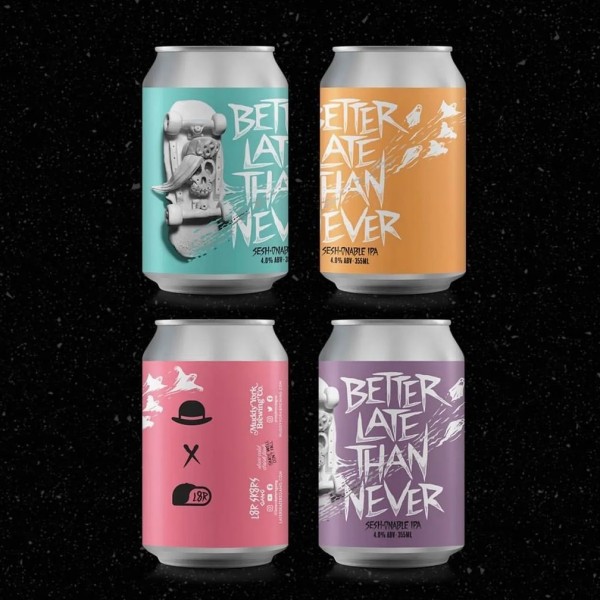 TORONTO, ON – Muddy York Brewing has announced the release of a new collaboration with skateboarding group Later Skaters Gang.

Better Late Than Never (4% abv) is a “Sesh-onable IPA” that will be released tomorrow (Saturday August 12th) with a two-part launch event.

The day will start with a skater meet-up at East York Skatepark from 10:00 AM to 12:30 PM, followed by a party at Muddy York from 1:00 to 7:00 PM featuring the debut of the new beer, food from El Sazón de la Tía Flor, and prize giveaways.