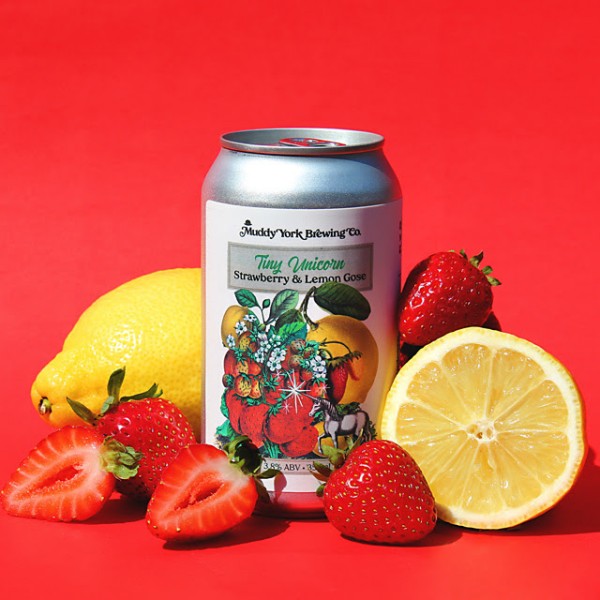 TORONTO, ON – Muddy York Brewing has announced the release of “a new dreamy beer”.

Gose (pronounced “goze-uh”) originated centuries ago in and around the town of Goslar, which is now north-central Germany. Brewed with a high percentage of wheat and added lactobacillus (the bacteria that also sours yogurt, kimchi and sourdough), this beer style is traditionally spiced with coriander. Gose is a tangy and slightly salty brew due to the high saline quality of the water source in and around the town of Goslar. It’s part sour, part wheat, and entirely delicious. We added a fruity flair from strawberry puree and lemons to this coriander spiked brew and wrapped it up in a low 3.8% ABV package. For a tiny little beer, it has a lot of magic happening inside of that 355ml can.