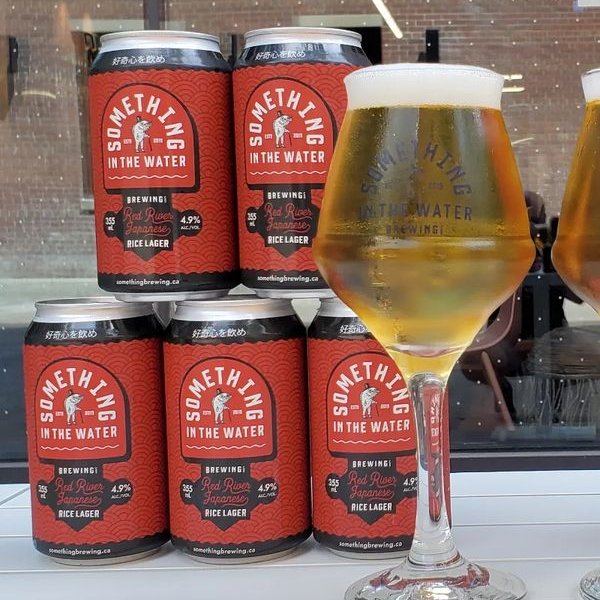 TORONTO, ON – Something In The Water Brewing has announced the release of a new beer dedicated to the fans of Toronto FC, the professional soccer team that plays its home games at nearby BMO Field.

Red River Japanese is a light, crisp, and sessionable lager made for game days. We share Liberty Village with the red river of soccer fans and knew we wanted a beer they’d love. This beer pours beautifully clear with a sweet grain aromatic. Dry on the palate and incredibly crisp and refreshing, it really is made for the pre-game.

Red River is available now, along with a fresh batch of Garrison Creek Local Pilsner, at the Something In The Water taproom, retail store, and online shop.