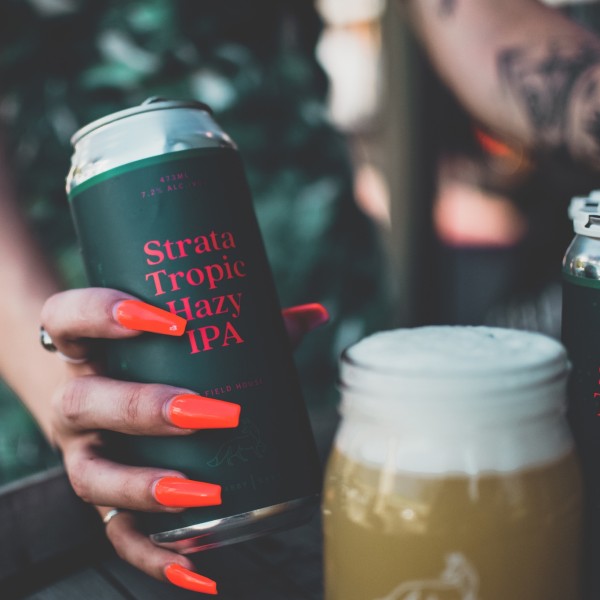 ABBOTSFORD, BC – Field House Brewing has announced the release of its latest small batch IPA.

This Hazy IPA features heavy dry hopping with Strata and Southern Tropic hops. Strata is known for its potent citrus and dank herbal notes, which we tempered with the candied fruit punch notes of Southern Tropic and finished off with a touch of concentrated Citra hops, making this IPA both juicy and resinous.