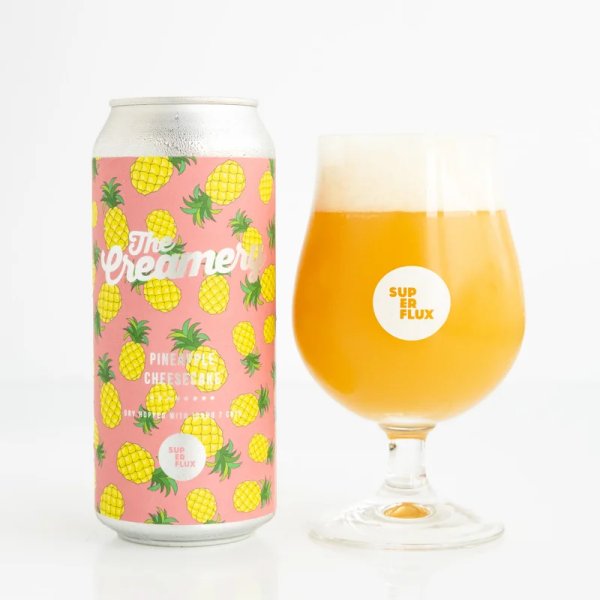 VANCOUVER, BC – Superflux Beer Company has announced the release of the latest in The Creamery series of cheesecake-inspired fruit ales.

Pineapple Cheesecake is brewed with pineapple purée, vanilla, graham crumb, cheesecake and milk sugar. It has a small dry hop of Idaho 7 Cryo to add more pineapple character and mimic some of the tart notes of the cheese in real cheesecake, rather than to add the level of hop character or aroma like an IPA would.

The Creamery Pineapple Cheesecake will be released tomorrow (August 26th) at the Superflux taproom and retail store, and can be pre-ordered now at the brewery’s online shop.