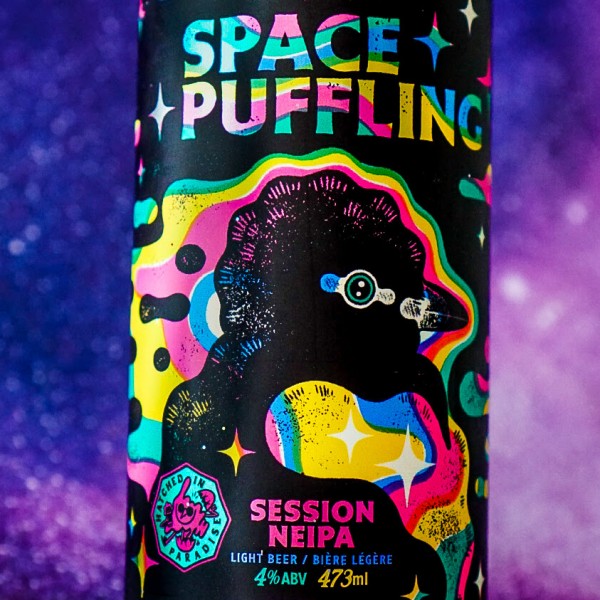 PARADISE, NL – Banished Brewing has announced the release of the second in a series of four beers that “follows [a] Puffin’s journey through the cosmos.”

Space Puffling Session NEIPA (4% abv) joins the previously released Space Puffin NEIPA, and is described as “a juice bomb with notes of mango and citrus that dominate the nose and palate.”