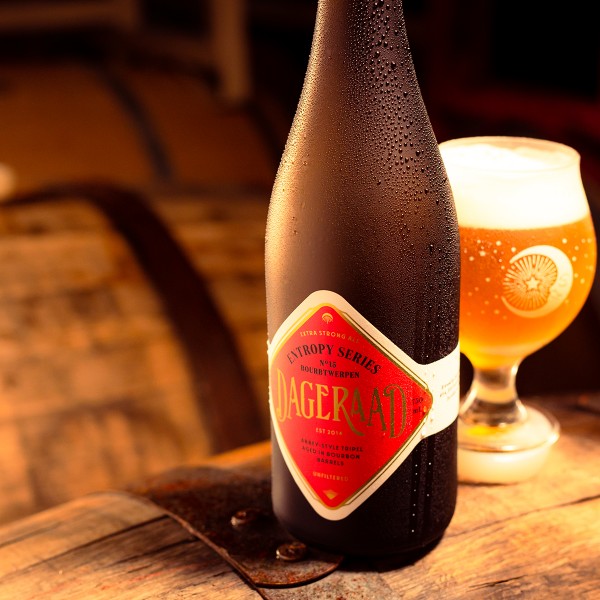 BURNABY, BC – Dageraad Brewing has announced the return of a previous edition in its Entropy Series of barrel-aged beers.

Revel in the oaken intricacy of our award-winning Antwerpen tripel, aged for 15 months in bourbon barrels. Antwerpen’s noble hop notes and delicate floral aroma take on smokey caramel and vanilla after spending over a year dwelling in bourbon barrels, developing complexity as much as intensity. It’s a strong indulgence for those moments when temperance isn’t looking.

Bourbtwerpen is available now at the Dageraad tasting room and online shop, and soon at select private beer stores in British Columbia.