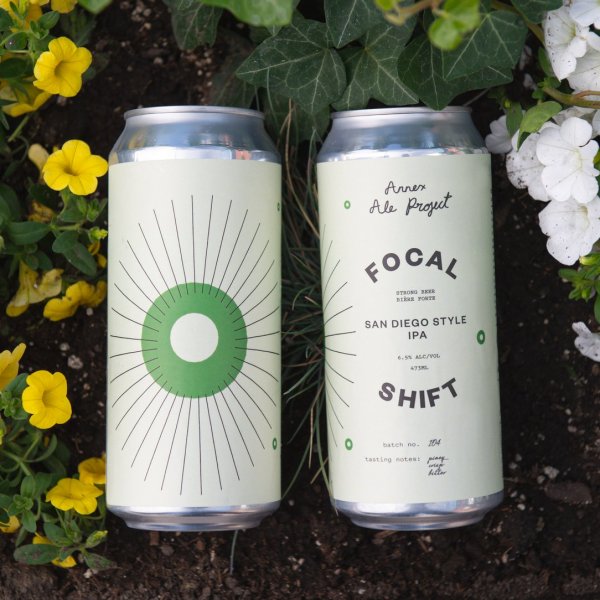 We’ve learned a thing or two about juiciness in the haze craze, but let’s face it–it’s OK to be a little bitter these days. Can you believe we’ve made IPAs where bitterness was considered a fault? What kinda world are we living in? Actually, don’t answer that. Instead, let’s just rewind back to 2015 when 6.5% was strong, where IPAs were clear and the hops were bitter and piney, and let us introduce you to some old friends: Simcoe, Centennial, Amarillo, and Chinook. Focal Shift San Diego Style IPA is brewed with heavily kilned English and German malts for biscuity, bready, toffee flavours reminiscent of English IPAs but it’s balanced by North American hops to make it a true West Coast IPA.

Focal Shift is available now at the Annex retail store and online shop.