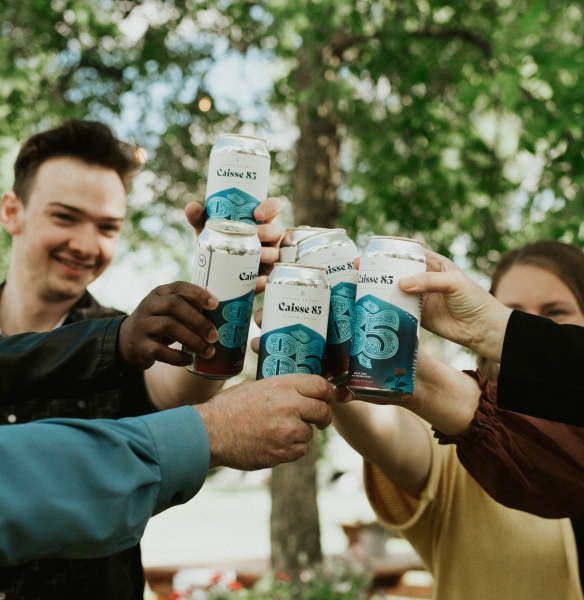 WINNIPEG, MB – Nonsuch Brewing has announced the release of a specially labelled edition of its Raspberry Sour to celebrate a milestone for a local organization.

Caisse 85 marks the 85th anniversary of Caisse Financial Group which launched in 1937 as the first officially registered financial co-operative in Manitoba. It also has a personal connection with Matthew Sabourin, President of Nonsuch Brewing:

I have deep personal ties to Caisse. My mother spent over 23 years working for the organization. Starting out as a teller and moving her way to regional management, Caisse harkens memories of my childhood life at home. When the team at Caisse approached us with the concept, we were on board immediately. It’s been nothing but a pleasure getting this all organized with their team and we’re glad we were involved in helping them celebrate their 85th anniversary.

Caisse 85 is available now at the Nonsuch retail shop and online store. Partial proceeds will be donated to Centre Flavie for their summer garden project.