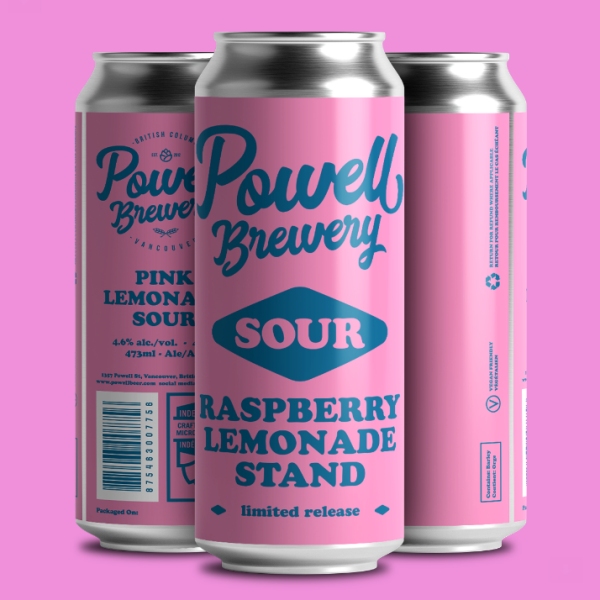 VANCOUVER, BC – Powell Brewery has announced the release of late summer seasonal.

A pink lemonade sour pouring a bright pink hue with a light cotton candy pink head. Raspberry is at the forefront of the aroma with a slight undertone of lemon. The flavour is tart and refreshing with a lingering raspberry flavour.

Raspberry Lemonade Stand is available now at the Powell Brewery taproom and retail store, and for delivery via BeerVan.