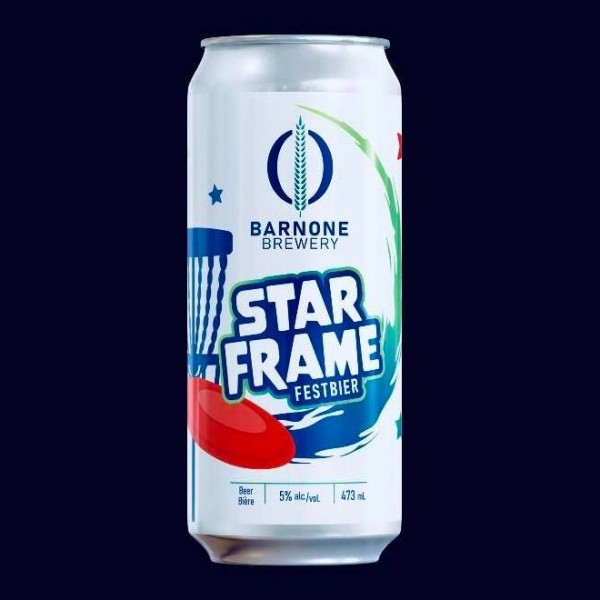 BREADALBANE, PE – Barnone Brewing has announced the release of a new beer in partnership with the 2022 edition of the Canadian National Disc Golf Championships.

Star Frame Festbier (5% abv) will be launched at the brewery next Tuesday September 6th, in advance of the Championships which will be taking place at various locations across Prince Edward Island from Thursday September 8th to Sunday September 11th.

Visitors to the brewery are also welcome to rent a disc to play at the Rose Valley Disc Golf Course next door to the brewery, or catch some of the pro tournament matches on Saturday September 10th.