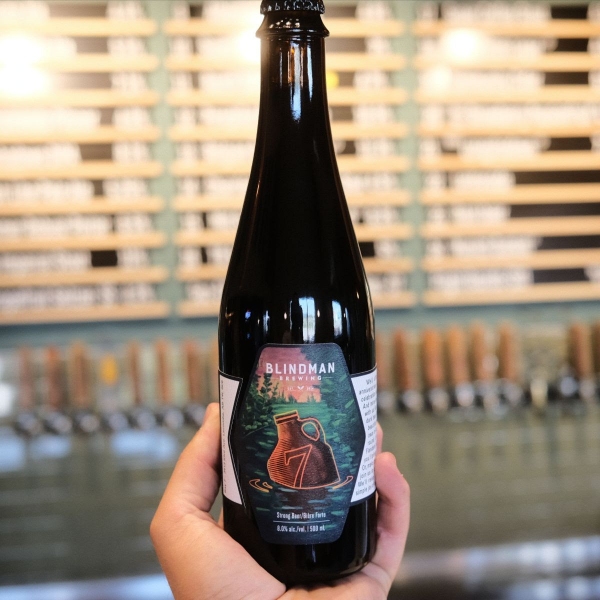 LACOMBE, AB – Blindman Brewing has announced the release of a new limited edition beer to mark its 7th anniversary.

If you’re a Blindman fan you might know this already but if you’re new here, you should know that we love our affectionately named “Boozy Belgians.” This is why every year when our birthday rolls around and we let ourselves brew whatever the heck we want, we always go back to the well. We could brew something different, but why would we?

At a tame 8% abv, the heat from this year’s anniversary ale won’t blow your socks off, but it should loosen them a bit. It’s beautifully dark brown with a soft tan foam, and will leave beautiful lacing on your commemorative glass. Expect a bit of malt bitterness, some sweetness, generous doses of molasses and caramel flavor and some subtle dried fruit throughout. This one is best enjoyed on a cool patio evening after a day of yard work or pumpkin picking.