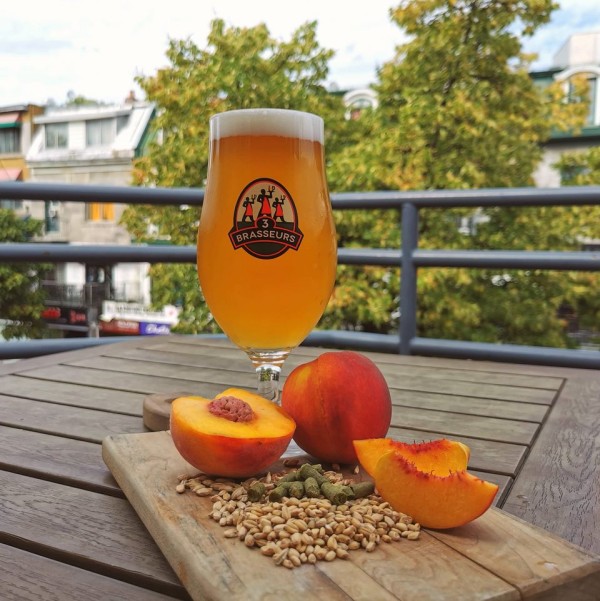 Peach & Love (5% abv) is described as “a tasty white with tender notes of wheat that embrace the fruity flavors of our little peach.”

Peach & Love is on tap now until early October at all Les 3 Brasseurs/The 3 Brewers locations in Quebec and Ontario.