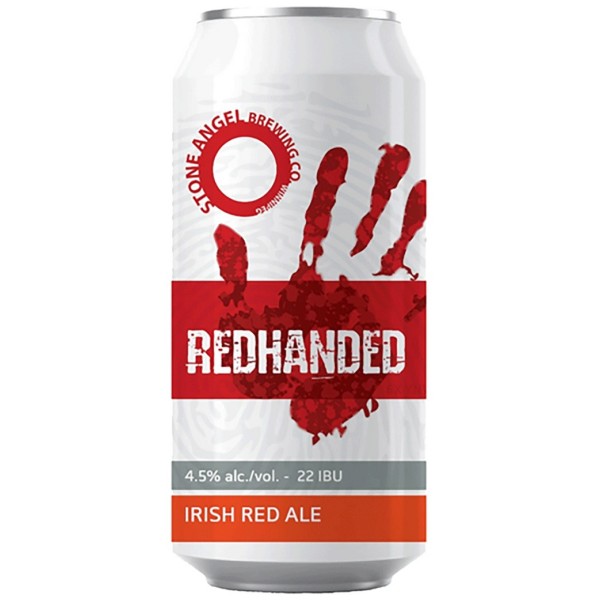 WINNIPEG, MB – Stone Angel Brewing has announced that it will be rebranding one of its flagship beers after being informed of the similarity of its label to a symbol used to commemorate missing and murdered Indigenous women and girls (MMIWG).

As explained in a statement posted on the brewery’s website earlier this week:

Since opening in 2017, Stone Angel Brewing has been using a stylised red hand on our cans of Redhanded Irish Red Ale. With two thirds of our ownership group being proudly of direct Irish descent and/or birth, that symbol was specifically chosen to evoke the culturally important and centuries old Red Hand of Ulster (although clearly not meant to be a literal copy). This week we have been asked to stop using that image. When the reasons were made clear to us, we absolutely agreed.

In recent years, for many of Canada’s Indigenous community a red hand symbol very close in appearance to the one we have been using has become an increasingly important symbolic representation of violence that affects Indigenous women across Canada.

While our original use of the red hand was in celebration of Irish culture, now in the context of missing and murdered Indigenous women and girls, we recognise that for some our continued use of the red hand on a can of beer may seem very hurtful and disrespectful. Out of respect for the MMIWG in particular, we are redesigning our labels and marketing of this product. We will not package any new Irish Red in cans using the existing red hand label and all future batches of our Irish Red will be shipped under a new name and design.

The statement concludes by noting that it will take some time to receive approvals and complete the design of new labels. In the meantime, partial proceeds from all remaining stock of Redhanded Irish Red Ale will be donated to the Indigenous Women’s Healing Centre.