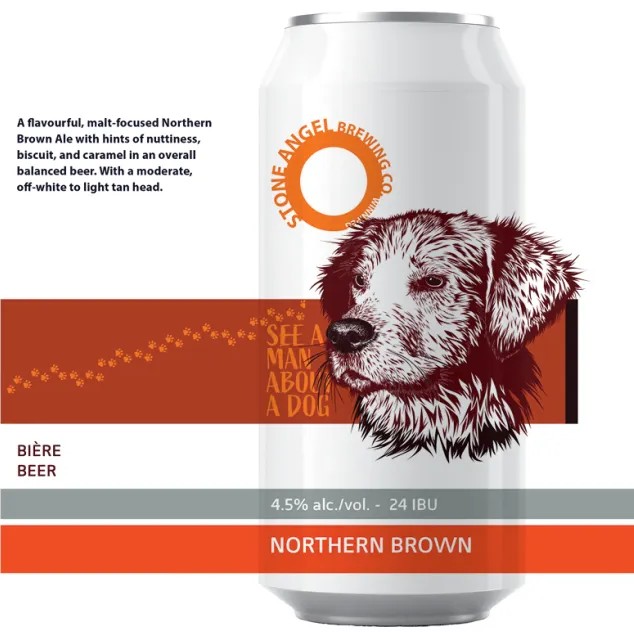 WINNIPEG, MB – Stone Angel Brewing has announced the release of an ale in a style that’s new to the brewery.

We’re open almost five years now, and we’ve never done a brown. So here it is, “See A Man About A Dog”. A flavourful, malt focused Northern Brown Ale with hints of nuttiness, biscuit, and caramel in an overall balanced beer. With a moderate, off-white to light tan head. So we stand over the statement that there’s never a frown with Northern Brown.

See A Man About A Dog is available now at the Stone Angel taproom and online store.