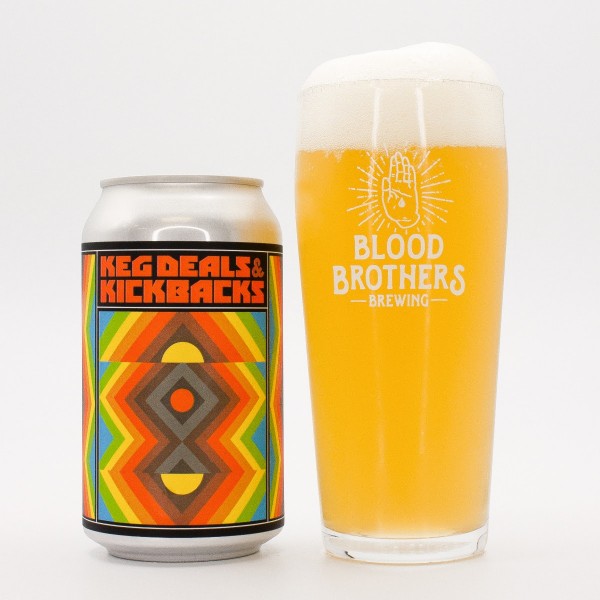 TORONTO, ON – Blood Brothers Brewing has announced the release of the latest in a series that is “continually pushing the envelope of what is possible with a pale ale recipe format.”

The newest version of Keg Deals & Kickbacks (5.5% abv) was made with Citra, Cryosimcoe, Cashmere, and Motueka hops, and is described as follows:

This is where we get excited about the full potential of non-intuitive hops and malt pairings, a sort of proving ground of flavour possibilities farther out on the margins of the brewing industry palate. Be prepared for flavour profiles of the future and delightful surprises. This recipe builds pine, apricot & citrus hop notes over a medium dry full body and the result is a pretty stellar beer, if we may be so humble.