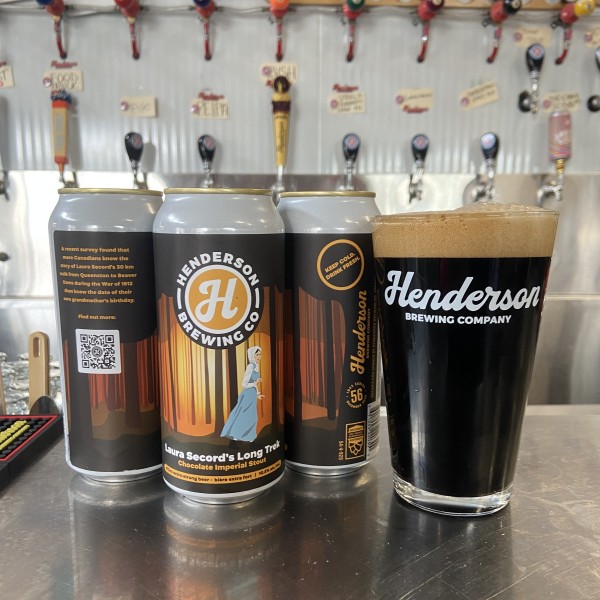 TORONTO, ON – Henderson Brewing has announced return of a beer that was previously available as part of its monthly Ides Series of limited edition beers, and which pays tribute to Canadian legend of both history and confectionery.

This release tells the much-mythologized story of Laura Secord who, during the War of 1812, walked 32km through rough terrain to warn the British of a planned American attack at Beaver Dams, enabling the British and their Mohawk allies to defeat the Americans near the Welland Canal. On the 100th anniversary of Laura’s walk, a Canadian named Brand O’Connor opened a chocolate shop at the corner of Yonge and Elm in commemoration. This Chocolate Imperial Stout is perfect for the end of a 32km walk or even just opening a box of chocolates.