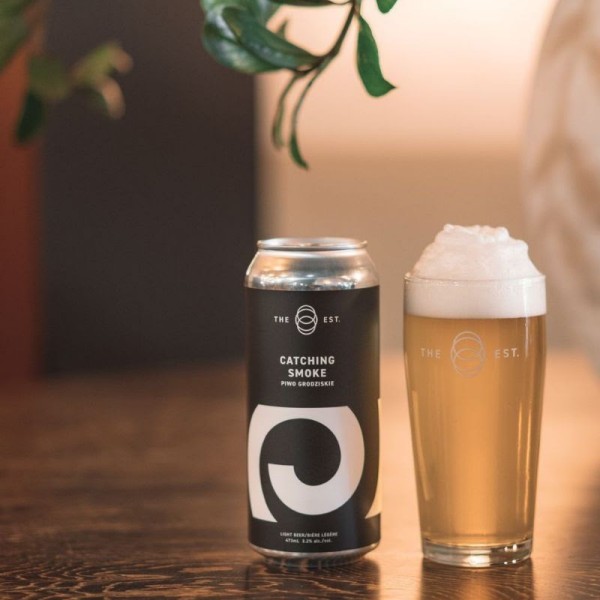 CALGARY, AB – The Establishment Brewing Company has announced the return of its take on a rarely seen beer style.

As far as beer styles go, Piwo Grodziskie (/pee-voh grow-jees-k’ya/) is in a class all its own. And the takeaway from said class is: smoke can indeed be refreshing. It’s light, spritzy, and floral, and while this style may not be super trendy, mixing it up is nothing new to this crew.

It tastes a lot like the ever-popular Pilsner, but with the added allure of the oodles of smoked malt it took to make it. This particular Grodziskie was brewed with a 90-10 blend of oak-smoked wheat to Pilsner malt and classic European hops to give it an herbaceous aroma. We specifically used whole leaf(!) Saaz hops in the mash to help filter the wort since the lack of barley husks just wouldn’t cut it.

As much as this beer is smoky, its ABV isn’t lit which makes it perfect for those early-fall patio sessions that give us a final taste of fleeting warm summer evenings.