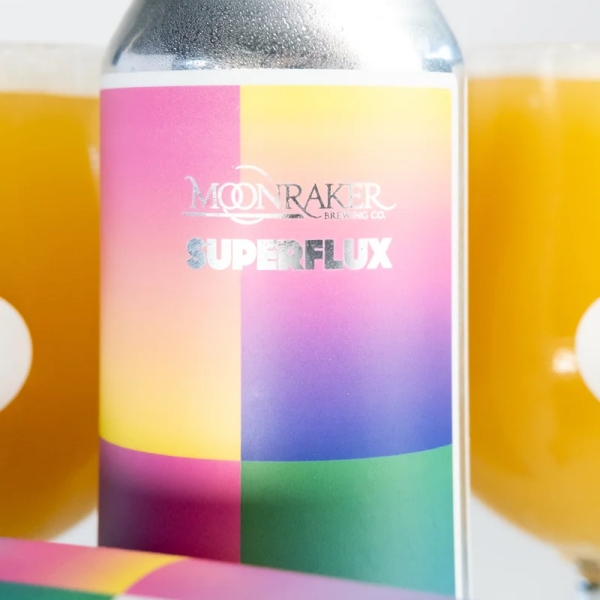 VANCOUVER, BC – Superflux Beer Company has announced the release of the first of six limited edition collaboration beers created for the upcoming Superflux F*$king Awesome Festival.

Sky Machine is brewed in collaboration with Moonraker Brewing Company from Auburn California. Ever since we first tried Moonraker’s IPAs we were big fans and knew they were out there selecting some damn fine lots of hops and using them right. For this IPA they sent us some of their selected Citra, Strata, and Simcoe. We paired them with Citra and Simcoe hops of an experimental hop product from Yakima Chief called Frozen Fresh Hop Cryo. To make the Frozen Fresh Hop Cryo they take fresh (not dried) hops and process them into concentrated pellets while keeping them frozen the entire time to preserve freshness. This beer is really pleasant and juicy and we taste notes of sweet ripe mango, resin, and tangerine.

Sky Machine will be available tomorrow (September 16th) at the Superflux retail store, and can be pre-ordered now via the brewery’s online shop.