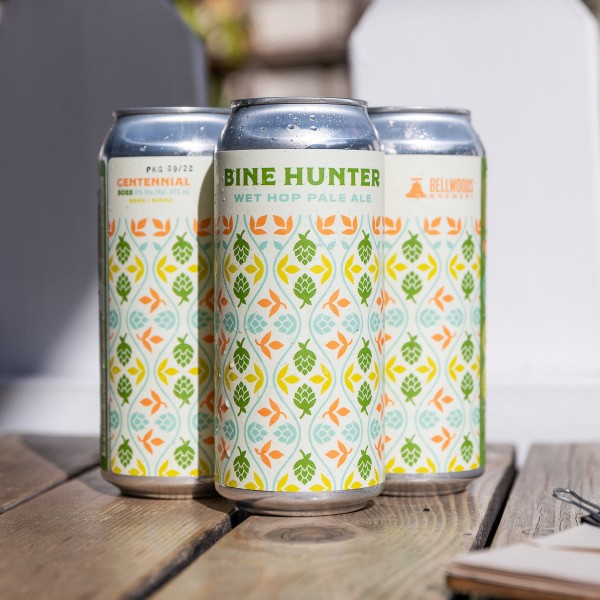 TORONTO, ON – Bellwoods Brewery has announced the release of the 2022 edition of its annual wet hop ale.

This year’s edition of Bine Hunter uses local Centennial hop flowers from Highland Hop Yard in Meaford, Ontario. Mere minutes after the hops were delivered, and one quick zap with the weed whacker later, they were used as a cool whirlpool addition, thus imparting their distinct aroma and flavour to the beer you see before you today. Dank with a firm bitterness, it has notes of resinous pine and Vitamin C candies, making it true in style to a classic West Coast Pale Ale.

Bine Hunter is available now at both Bellwoods retail stores and the brewery’s online shop.