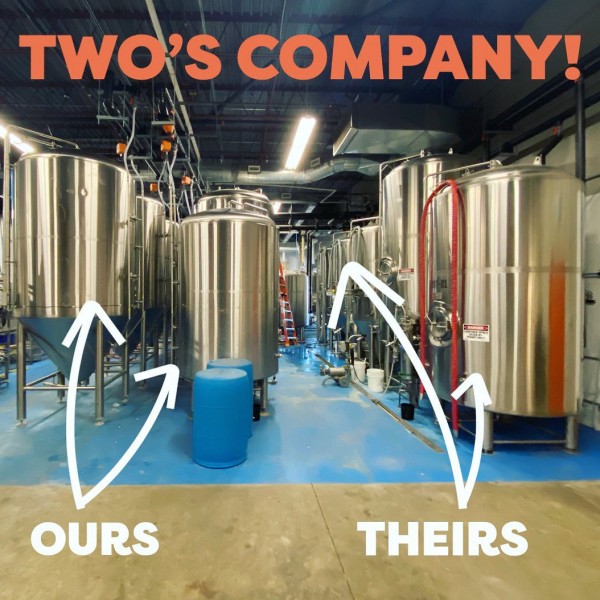 NEWMARKET, ON – Four months after The Second Wedge Brewing in Uxbridge, Ontario was severely damaged by a tornado, it is producing beer again out of a temporary home, thanks to the generosity of a fellow Ontario craft brewery.

As announced last week, Market Brewing in Newmarket has freed up space in its facility for The Second Wedge to move in four fermenters and a brite tank, allowing the displaced brewery to get up and running while repairs are underway at its own location.

“It’s a revolutionary solution to our extreme, unusual circumstance, and probably the first (and last) time you’ll see two breweries producing collaboratively out of the same space,” noted Joanne Richter, co-owner of The Second Wedge.

The Second Wedge Brewing is hoping to be back in its own brewery and taproom in Uxbridge by spring 2023.