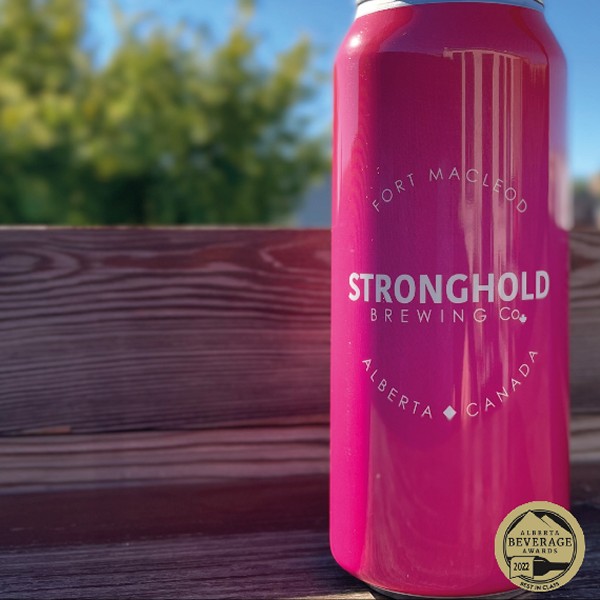 FORT MACLEOD, AB – Stronghold Brewing has announced that a popular and award-winning fruit beer is now available in cans for the first time.

If you haven’t tried the Pink Guava Pils yet, it’s an ultra refreshing brew that’s loaded with pink guava. Though the exact taste of pink guava is hard to define, its papaya-pear-pineapple-passion fruit combo is tropical, thirst-quenching, and ready to transport you to sunny beaches and good times, no matter the season.

We’re also excited to announce that the Pink Guava Pils was recently named the Best In Class for Goses/Fruit Beers in the 2022 Alberta Beverage Awards! The full list of winners will be available next month.

Pink Guava Pils is available on tap now at Stronghold Brewing, and soon at select liquor stores in Alberta.