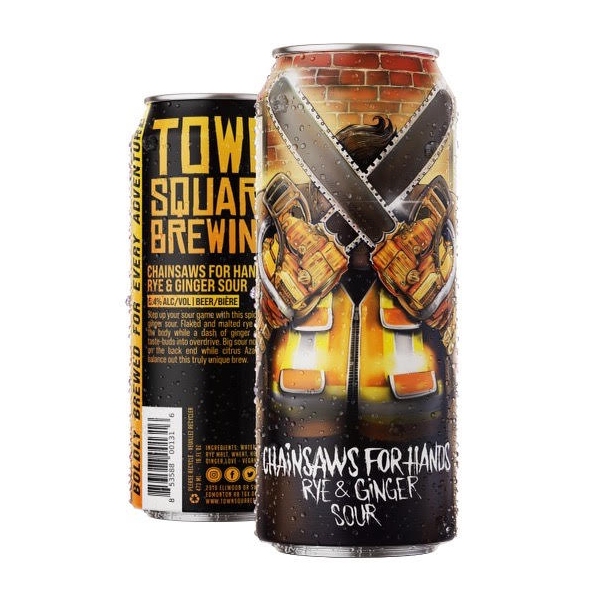 EDMONTON, AB – Town Square Brewing has announced the return of a seasonal beer for the approaching spooky season.

This spooky treat contains flaked and malted rye to spice up the body, while a dash of ginger pulls it together. Low PH provides a big citrus laden sour kick on the back end, while Azacca hops round out the flavour with lemon sweetness.

Chainsaws for Hands will be released on Thursday September 29th at the Town Square taproom and retail store.