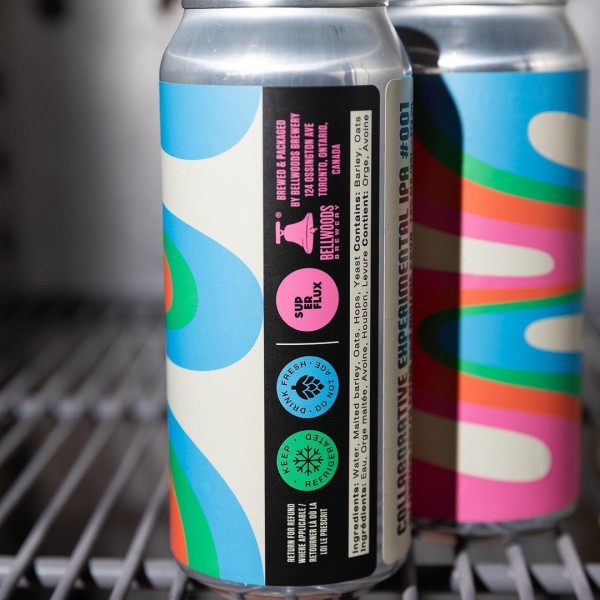 TORONTO, ON – Bellwoods Brewery has announced the release of a long-distance collaboration with Vancouver’s Superflux Beer Company.

Our friends at Superflux just celebrated their anniversary and, since we love fanfare, we decided to release a beer in their honour as our third collaboration together. Taking cues from their Experimental IPA series, which showcases new and exciting hops and hop products, we’ve brewed a Collaborative Experimental IPA of our own using Yakima Chief Hops’ newly released Frozen Fresh Cryo Hops.

These hops undergo the same patented cryogenic hop processing technology as the lupulin concentrated Cryo Hops we have used previously, but this time with freshly harvested and un-kilned whole cone hops that have been flash frozen in order to retain the delicate characteristics unique to them. For this batch, we used Citra and Mosaic Frozen Fresh Cryo which impart aromas and flavours of papaya, Tang and lychee.

Collaborative Experimental IPA #001 is available now at both Bellwoods taprooms and retail stores, and the brewery’s online shop.