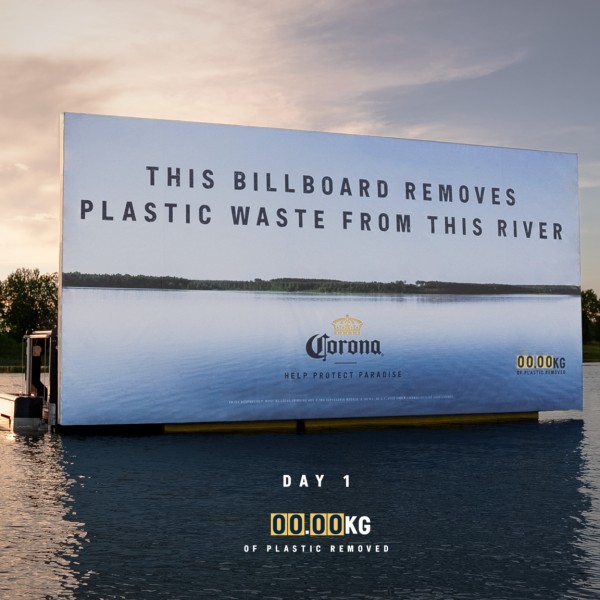 TORONTO, ON – Corona Canada has announced the latest initiative in its “ongoing commitment to help remove waste from shorelines and waterways.”

The company has launched a Plastic Collecting Billboard onto the St. Lawrence River at Boucherville, Quebec, where it will collect plastic pollution that may otherwise end up flowing into the Atlantic Ocean.

“Since one-fifth of the world’s freshwater resources are located in Canada, the goal of the Plastic Collecting Billboard is to act as a symbol to raise awareness of the pollution rivers endure – ultimately flowing into the ocean – and to reinforce Corona’s commitment to helping remove waste from our shorelines and waterways,” said Mike Bascom, Sr. Marketing Director, Corona Canada, in a statement.

Corona has also partnered with conservation organization Ocean Wise to create the Corona Plastic Challenge, an online tool to “help Canadians understand the impact of their own plastic pollution footprint and provide helpful tips on how to reduce single plastic use.”

“In addition to collecting waste, Corona’s Plastic Collecting Billboard program will provide our team at Ocean Wise with some information, during the time the billboard is operating, that can be used to help quantify how much plastic pollution is flowing through the St. Lawrence River,” said Jeff Wint, Plastic Reduction Manager, Ocean Wise. “As a result, we can hopefully start to get an idea of the items being littered, types of plastic, and their sources.”